Irritable bowel syndrome is a common condition worldwide & many people suffer as a result of it. People with IBS suffer from abdominal pain as well as accompanying problems of the large intestine, including defecation disorders, diarrhea, mucous stools, constipation and bloating.

There are many useful herbs for irritable bowel syndrome and its symptoms. However, more serious IBS symptoms require medical intervention and these include:

A direct cause of irritable bowel syndrome is still not precisely identified, but there are many factors that increase the risk of developing the syndrome, including:

The intestines are made up of several layers of muscles that contract to pass food. Excessive and prolonged contractions cause diarrhea and bloating. Weak contractions slow the passage of food, resulting in dry stools and constipation.

Weakness in nerve signaling between the brain and intestines can lead to poor coordination between them. As a result, abdominal pain, diarrhea or constipation may arise.

Some studies indicate the presence of inflammatory cells in the intestine in people with IBS, where the immune system response is associated with diarrhea and constipation.

Some cases can develop from inflammation of the intestines or stomach. The result of this infection ranges from severe diarrhea to chronic IBS. Additionally, IBS is also accompanied by an overgrowth of intestinal bacteria.

Scientists have noticed differences in the structure of beneficial bacteria in the gut in people with IBS.

Irritable bowel syndrome affects some people more than others. The following factors play a role:

As mentioned previously, some herbs that are found in every kitchen can relieve the symptoms of IBS. This article highlights 3 types of these herbs:

Fennel is used to relieve intestinal spasms, it is believed that this plant has an effect on constipation, relieving bloating, stimulating the production of stomach acids and helping reduce colic, indigestion and heartburn.

A study conducted in 2016 on patients taking a mixture of fennel and turmeric oils showed improvements in their condition after 30 days; their abdominal pain was significantly reduced.

Another study that combined a mixture of fennel, fir wood, and mint indicated that this mixture had significant positive effects in relieving abdominal problems.

Caraway is a very well known Indian spice and in America it is sprinkled on a type of bread called “rye.”

Some studies indicate that caraway is useful in treating diseases that occur as a result of stress. It also acts as a mental tonic. A study indicated that a mixture of peppermint oil and caraway oil contributed to a significant reduction in the severity of digestive spasms. The mechanism of this effect is still unclear.

Anise has been widely used in medicine since ancient times. It was used to calm stomach spasms and aid in regulating digestion.

A review of several animal studies showed that anise oil is a good muscle relaxant in addition to its ability to relieve symptoms of IBS, such as constipation or bloating.

One study included 20 people who drank a mixture of anise with other herbs and it was found that a laxative effect was prominent in the participants.

Anise also has anti-inflammatory and analgesic effects. One study conducted in 2016 showed that people who took anise oil capsules had reduced symptoms of IBS after four weeks. However, the mechanism of this effect is still unclear. 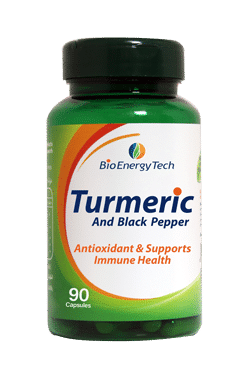