The Carica papaya plant’s homeland is Mexico but it grows in other tropical areas as well, such as the Caribbean and India. Its fruits, known as papaya, are characterized by their delicious taste and high nutritional value. These fruits can be added to various types of daily food such as juices and salads.

The leaves and fruits are used in pharmaceutical industries because of their great benefits. One small papaya, weighing around 152 grams, contains:

Papayas contain carotenoids, which are antioxidants that help in eliminating free radicals, thus reducing oxidative stress, which plays an important role in diseases.

Some research has shown that eating papaya reduces oxidative stress in elderly and people with signs of diabetes and liver disease.

One study indicated that lycopene; one of the carotenoids found in papaya, has the ability to reduce iron absorption which helps in cases of elevated iron stores in the body, as this condition is known to stimulate the production of free radicals.

Research has shown that consuming papaya can contribute to prevention of colon and gallbladder cancers in some people. This effect is mostly due to the antioxidant action of papaya on free radicals, which have a major role in the development of cancers.

A study was also conducted on a group of fruits and vegetables rich in antioxidants to test their effect on cancer cells. As a result, papaya was the only one that showed anti-cancer activity on breast cancer cells, although more studies are still needed to confirm these claims.

Recent research shows that a diet rich in lycopene and vitamin C may help protect the body against heart disease. Moreover, the antioxidants in papaya can also play a role in protecting the heart and increasing the protective effects of HDL.

Preliminary studies have reported that eating ripe papaya before or after meals can lower blood sugar levels in patients with type 2 diabetes.

Chronic inflammation is the main cause of many diseases. Research has shown that fruits and vegetables rich in antioxidants, such as papaya, can help reduce inflammatory symptoms.

One study also indicated that eating foods rich in carotenoids such as papaya leads to a significant decrease in CRP levels in the blood, which is one of the indicators of the inflammatory state in the body.

Papaya contains the enzyme papain, which helps in digestion of proteins. Studies have shown that eating papaya on a regular basis treats cases of constipation, bloating, and other symptoms associated with irritable bowel syndrome (IBS). Additionally, the seeds, roots and leaves may have a healing effect on peptic ulcers.

Free radicals are one of the reasons for the appearance of signs of aging such as wrinkles and sagging that increase with age, and as we know that papaya is very beneficial for the health of the body, it also helps in maintaining the skin and making it more youthful and fresh. The reason for this is due to the presence of vitamin C and lycopene in papaya, which help reduce signs of aging and treat the skin from sun damage.

Preliminary studies indicated that daily use of a toothpaste containing papaya leaf extract helps treat bleeding gums. Additionally, applying a gel containing papaya extract in between the spaces around the teeth can reduce gum inflammation and bleeding, especially in people with severe gingivitis.

HPV is the most common sexually transmitted viral infection and research has indicated that eating papaya at least once a week can reduce the likelihood of HPV infection.

Papaya is LIKELY SAFE for most people when taken in normal amounts with food, and POSSIBLY SAFE when used as medicine.

As for papaya latex (the rubbery liquid secreted by trees), it is considered unsafe if used in large quantities, because it contains the enzyme papain in larger quantities, which can lead to damage of the esophagus.

Papaya latex is not safe for topical application because it may cause an allergic reaction and severe skin irritation.

Papaya is considered unsafe during pregnancy, due to the belief that the enzyme papain present in it can lead to birth defects or fetal toxicity.

In the case of breastfeeding, there is insufficient information to prove the safety of eating papaya, so it is advised not to eat large quantities during this period.

Patients with diabetes who are being treated with anti-diabetic medications should monitor their blood sugar when eating fermented papaya because it can lower blood sugar further, in which case they may need to adjust their medication doses.

In the case of latex allergy, there is a high chance that a papaya allergy also exists as well, so you should stay away from products containing it.

Since papaya can affect blood sugar during and after surgery, you should stop eating it two weeks before any surgery. 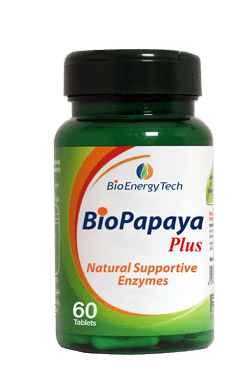