Blueberries grow on blueberry bushes and since ancient times humans have been using their fruits and leaves in several medical areas.

Blueberries are characterized by their delicious taste, low calorie content and great health benefits, especially in heart disease, cancer prevention, and improving memory and cognitive abilities. However research is still ongoing to support and confirm these claims.

Blueberries are low in calories and rich in nutrients. They are one of the most nutritious berries on this planet, one cup contains:

Buberries are about 85% water plus small amounts of various other nutrients. A cup of blueberries contains only 84 calories and 15 grams of carbohydrates, so it can be considered a good source of nutrients for people who follow a weight loss diet.

Blueberries are believed to contain one of the highest levels of antioxidants among all fruits and vegetables. Antioxidants help protect the body from free radicals that can damage cells and contribute to signs of aging and the development of certain diseases such as cancers.

The antioxidants found in blueberries,  anthocyanins, belong to a group called flavonoids, which are believed to be responsible for most of the beneficial health effects of blueberries.

The process of oxidative damage to DNA is a daily occurrence in our bodies. It is one of the reasons for the appearance of the signs of aging and has an important role in the development of some diseases such as cancer.

The high content of antioxidants in blueberries can help neutralize some of the free radicals that cause oxidative damage, thus reducing DNA damage.

A 4-week study conducted on 168 participants who drank one liter of a mixture of blueberry and apple juice daily, showed a reduction of 20% in oxidative DNA damage.

Oxidation of LDL contributes to heart disease. The antioxidants in blueberries reduce the proportion of oxidized LDL in the body. One study reported that obese people consuming 50 grams of blueberries daily for 8 weeks, showed a reduction in oxidized LDL by 27%.

Another study reported that eating 75 grams of blueberries with main meals significantly helps in reducing the oxidation of LDL.

There are observational studies that have shown that the anthocyanins in blueberries can reduce the risk of severe heart attacks, but more evidence and research are needed to prove this effect.

Some studies have shown that the antioxidants in blueberries can help maintain mental health, delay brain degeneration and can help improve IQ and memory in elderly (over 60 years old). On the other hand, other studies state that this benefit is minuscule and more research is needed to back it up.

Recent studies say that the anthocyanins in blueberries have a beneficial effect on insulin sensitivity and glucose metabolism. This leads to prevention and improvement of type 2 diabetes. It has been observed that these properties appear when consuming blueberry juice or extract.

Preliminary studies showed that drinking blueberry juice on a daily basis while taking the medication etanercept helps relieve symptoms of arthritis in children, and the results were better than using drug therapy alone. Blueberry juice can also reduce the side effects of etanercept.

Blueberry fruit is likely safe for most people when consumed in moderate amounts in food.

There is a lack of confirmed information about the safety of applying blueberries to the skin or about the possible side effects of doing so.

It is important to know that blueberries may affect blood glucose levels and may interfere with blood sugar during and after surgery, so it is recommended to stop consuming it at least two weeks before undergoing any surgery. 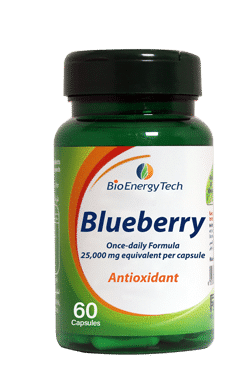