Turmeric is one of the most popular spices used in Middle Eastern cuisine and in Asian cuisine in general. It is very beneficial to human health due to its vast benefits. Turmeric is also used as a food dye to give a bright golden yellow color to foods such as mustard and cheese, as well as some cosmetics for aesthetic purposes rather than improving their taste.

Turmeric contains curcumin; a biological compound that gives it many of its properties. In Arabic, turmeric is called ‘kurkum’ owing to the presence of the active ingredient curcumin. Curcumin is a very powerful antioxidant and anti-inflammatory compound. However to obtain a sufficiently useful amount of curcumin, turmeric needs to be added in huge quantities to food, which isn’t applicable nor feasible. Pills containing concentrated turmeric extract were manufactured to combat that issue and deliver useful doses of curcumin without excessive addition of turmeric to food which may compromise taste. Moreover, the body doesn’t absorb curcumin alone as well as it does when black pepper extract (piperine) is added to the formula. The addition of piperine increases the absorption of turmeric by 2000%. Therefore addition of piperine to curcumin pills is essential to ensure its optimal absorption.

Oxidation is one of the harmful processes in the human body that produces free radicals, from which many infections and even cancers may result. Turmeric’s distinguishable ability; which makes it rank at the top of the antioxidant list, is that it stabilizes and deactivates these free radicals by binding to them and consequently preventing them from harming body cells. In addition, it stimulates the body’s immunity to fight these free radicals and stimulates other antioxidants in the body.

Brain cells divide and renew slowly, in addition to they are greatly affected by aging. Turmeric increases brain-derived neurotrophic factor (BDNF), which increases the growth of new neurons and combats age-related degenerative processes in the brain.

Studies have shown that the curmumin in turmeric helps reduce symptoms associated with hay fever (allergic rhinitis that is usually caused by dust or other allergens and usually flares up in the morning). Some of these symptoms include, sneezing, itching and runny nose.

In studies conducted on depression patients, the results showed that patients who took turmeric pills in addition to antidepressant medications improved significantly more than those who took antidepressant medications alone. Some studies also highlight curcumin’s role in elevating the levels of the hormones dopamine and serotonin as well which reduce the intensity of depression.

Studies have shown that consuming turmeric pills may help reduce the levels of fats in the blood, especially triglycerides, as well as cholesterol levels.

Several studies have shown that turmeric pills reduce arthritis-associated pain and improve the mobility of these joints. This effect of turmeric comes from curcumin, as it has an effect very similar to that of ibuprofen in cases of arthritis in terms of relieving pain and inflammation.

Various alignments cause itching, studies have shown that consuming turmeric pills daily reduces and relieves itching in many people with these alignments.

Some areas of study where turmeric pills might be beneficial are still being investigated, such as:

Side Effects of Turmeric Pills:

In general, consuming turmeric is very safe. However this article will only discuss side effects and warnings, if available.

It is safe to take turmeric pills in specific and moderate doses only during pregnancy and lactation.

It is considered safe for children to take turmeric in a suitable dose and there were no documented side effects in this regard.

A warning exists for patients with gallbladder diseases and conditions such as gallstones or bile duct obstruction to take small doses of turmeric after consulting their physician first.

Turmeric contains curcumin, which may contribute to a reduction in blood sugar readings, therefore close monitoring of these readings should be conducted if turmeric is taken together with antidiabetic medications.

Turmeric slows down the rate of blood clotting just like some blood thinners (antithrombotic drugs) do. Therefore, taking it along with such drugs should be under medical supervision.

Turmeric might decrease testosterone levels in the blood, which could potentially affect male fertility. Therefore, it should be consumed in small and moderate quantities by males.

In general, there are no known direct interactions between turmeric and other drugs, but there are warnings against taking blood thinners (antithrombotic drugs) with it.

Some of the famous antithrombotic or blood thinning medications to beware of before taking turmeric pills are: 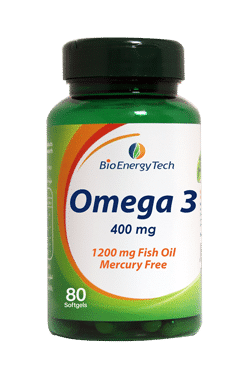 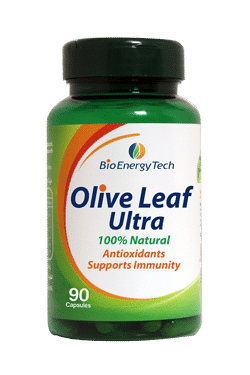