Brewer’s yeast is a type of yeast used to make bread or liquors such as beer. Yeast is extracted from a fungus called Saccharomyces cerevisiae, which has a bitter taste.

Brewer’s yeast is known for its many benefits due to containing chromium, which helps control blood sugar levels, in addition to B vitamins.

It is used for multiple conditions such as: diabetes, colds and respiratory infections, as well as intestinal infections and diarrhea. Moreover, it is widely used in the manufacturing of skin and hair products. Brewer’s yeast houses many important nutrients which support the body’s immune function, including:

Mechanism of its Action

Brewer’s yeast is a rich source of B vitamins (1, 2, 3, 5, 6, 7 and 9), many of which are important and beneficial for the hair and skin. Vitamin B3; niacin, is one of the most important natural sources for the skin, helping in its cellular regeneration. Niacin or vitamin B3 works to retain moisture in the skin preventing dryness, while it also regulates sebum channels in the skin to prevent excess secretions, leading to plump hydrated skin which isn’t oily. Niacin can also protect the skin from the sun’s rays (UV), by rebuilding cells that are exposed to UV light. Moreover, vitamin B reduces the appearance of wrinkles and fine lines giving the skin a youthful appearance.

Brewer’s yeast appears to reduce the severity of PMS; the symptoms leading up to menstruation.

Studies have shown that consuming brewer’s yeast reduces the symptoms and risk of developing hay fever. In addition to symptoms of allergic or seasonal rhinitis, usually caused by dust or fragrant odors affecting some people seasonally.

Studies have shown that consuming brewer’s yeast, concomitantly with some antibiotics such as vancomycin, relieves and treats colitis which occurs due to the  presence of Clostridium difficile bacteria.

Studies have shown that brewer’s yeast helps control blood sugar readings in people with diabetes leading to a reduction in anti-diabetic medication doses. This property is due to the element chromium which is found in brewer’s yeast.

Studies have shown that consuming brewer’s yeast regularly reduces the risk of contracting the flu in those who haven’t received the flu vaccine. It has also been shown to reduce the duration of influenza symptoms.

Side Effects of Brewer’s Yeast

In general, brewer’s yeast is safe to take.

Information regarding the consumption of brewer’s yeast in pregnant or breastfeeding women is lacking and there are no documented benefits in such groups. Therefore, it is advised not to take it during these periods.

People who are allergic to yeast may develop allergic reactions characterized by itching and swelling so avoidance of brewer’s yeast is advised.

Brewer’s yeast may increase the symptoms of Crohn’s disease so its avoidance is advised in such cases.

Some studies have shown that brewer’s yeast may weaken immunity, making some people who take immunosuppressant drugs more vulnerable to infectious diseases. If you are taking some of these medications, consult your doctor.

Brewer’s yeast contains tyramine which increases blood pressure significantly, but the human body degrades that amino acid before it causes an increase in blood pressure. Some antidepressants prevent the degradation of tyramine by the body, this leads to skyrocketing blood pressure that may lead to severe problems. Such drugs include:

Antifungals are medications taken to combat fungal infections which occur in the human body. Consuming brewer’s yeast reduces their effectiveness. Examples of such antifungals include:

The proven efficacy of brewer’s yeast in controlling blood sugar levels by reducing blood sugar readings makes taking it along with antidiabetic medications risky as it might lead to hypoglycemia. Consequently, it is advised to contact your doctor as a dosage change my be warrant. 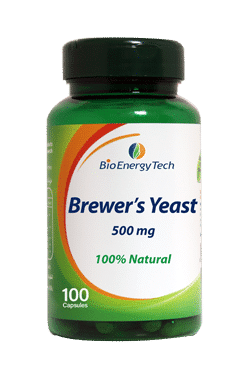