CoQ10 is a vitamin-like enzyme found in the human body, primarily in the heart, liver and kidneys. CoQ10 naturally occurs in meat and fish. It can also be synthetically manufactured in laboratories. CoQ10 is used in diseases that directly affect the heart, such as heart disease and high blood pressure. It is also used in other conditions and diseases such as migraine headaches and Parkinson’s disease. The body stores coenzyme Q10 in the mitochondria of your cells. The mitochondria are in charge of producing energy. This enzyme also protects cells from oxidative damage and disease-causing bacteria or viruses.

Some conditions and diseases that reduce the stores of CoQ10:

CoQ10 is an enzyme found naturally in the human body that cells need to function optimally. Thus, it’s deficiency leads to impaired cell function. CoQ10 also has antioxidant properties. Studies have shown that patients with heart diseases, elevated blood pressure, tremors or Parkinson’s disease and infections have a low level of CoQ10.

Supplementing with coenzyme Q10 has shown positive results in relieving pain associated with disorders caused by genetic diseases or by the use of statins or lipid and cholesterol lowering drugs. Although results may take a while to become apparent, symptomatic relief is promised.

Oxidative processes increase with age in the human body, this affects the number and quality of sperm cells which in turn affects a man’s fertility. CoQ10 has shown great effectiveness as an antioxidant. It helps increase the number and quality of sperm, which increases male fertility. The results also showed its effectiveness in reducing cases of erectile dysfunction.

Studies have shown that heart failure is associated with lower levels of coenzyme Q10. After studying the effect of CoQ10 on such ailments, it was found that CoQ10 reduces the symptoms of heart failure as well as the number of deaths arising from heart failure.

Studies have shown that CoQ10 has an important role in relieving pain and symptoms associated with diabetic neuropathy. It also plays a role in improving nerve damage.

During invasive cardiovascular procedures, reduced circulation to other parts of the body may result in damage to some peripheral tissues. A lack of blood and oxygen supply for a prolonged period of time may result in tissue death which is often irreversible even after the operation is complete and normal circulation is restored. Studies have shown that supplementing with coenzyme Q10 for a week before such operations may reduce peripheral tissue necrosis and support their normal functions.

Studies have shown that consumption of coenzyme Q10 in multiple sclerosis patients relieves symptoms associated with the disease, such as generalized fatigue, tiredness and mood swings.

Side effects of CoQ10

It is safe to take CoQ10 during pregnancy and there have been no documented side effects. As for breastfeeding women, there is insufficient information on the matter so far therefore it is advised to avoid CoQ10 supplements during the breastfeeding period.

It is safe for children to take CoQ10 and there have been no documented side effects so far. However, it is advisable for children to consume CoQ10 supplements without medical supervision or without a prescription from a pediatrician.

Taking CoQ10 while on chemotherapy for cancer treatment is not advisable as CoQ10 reduces the effectiveness of chemotherapy, thus compromising treatment. Therefore it is advised to avoid CoQ10 supplements during this period.

Coenzyme Q10 increases the effect of blood pressure-lowering medications (antihypertensive drugs), which leads to an exaggerated lowering of blood pressure leading to a decrease in circulation. Therefore, it is advised to consult your doctor before starting on CoQ10 supplements while taking these meds.

Smoking depletes CoQ10 stores, therefore it is advisable to avoid smoking during that period if obtaining the full benefit of this enzyme is desired.

CoQ10 is an antioxidant. There are concerns that antioxidants might decrease the effectiveness of some anti-cancer drugs, such as chemotherapy. However this effect is still being studied.

CoQ10 shows its effect in reducing blood pressure readings. It also increases the effect of blood pressure-lowering medications, this raises concerns of a cumulative blood pressure lowering effect which leads to decreased circulation if taken concomitantly.

Examples of such medications are:

Warfarin slows down blood clotting while CoQ10 increases blood clotting. Therefore, their actions interfere and antagonize each other. This makes the drug less effective than required, consult your doctor before supplementing with CoQ10 while on warfarin. You might be asked to conduct blood coagulation tests before starting on CoQ10 and your doctor may adjust the dose. 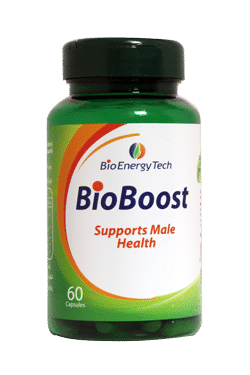