Natural and artificial sweetener use is very popular among Western societies due to several benefits mainly containing very negligible amounts of calories which aids in weight loss. This article sheds a light on some of the best and most popular artificial sweeteners in the market.

Stevia (Stevia rebaudiana) is a bushy shrub native to the South American continent; northeast of Paraguay, Brazil, and Argentina. However it is currently grown in other parts of the world, including Canada as well as parts of Asia and Europe. Stevia is well-known as a natural sweetener.

How to use Stevia?

Stevia can be used as a substitute for table sugar in foods and beverages. A pinch of stevia powder is equivalent to about a teaspoon of table sugar. You can use stevia for:

However, it is worth noting that the use of stevia in cakes and baked goods does not chemically affect it, but it may change the desired taste.

Studies conducted on diabetic patients have shown a regulation of postprandial (after meal) blood sugar levels after stevia consumption.

Stevia is a non-nutritive sweetener; it does not contain calories. Hence replacing table sugar with stevia seems like a great idea in aiding with weight loss.

Side Effects of Stevia

There is insufficient information regarding this matter. Overall, it is generally recommended that pregnant and breastfeeding women avoid consuming stevia during these two periods.

Stevia reduces blood sugar readings. Therefore, caution must be taken when stevia is consumed together with anti-diabetic medications to avoid severe hypoglycemia. Your doctor should be informed beforehand and you also might be asked to monitor your blood sugar readings well while continuously following up with your doctor during the initial period of taking stevia.

Lithium interacts with stevia. Therefore, stevia should be avoided if a person is on lithium medications.

Erythritol belongs to a class of compounds called sugar alcohols. Sugar alcohols are used as low-calorie sweeteners in sugar-free or low-sugar food products.

Erythritol is produced by fermentation of corn or starch. These sweeteners are also found naturally, especially in some types of fruits and vegetables. The chemical composition of this molecule allows it to stimulate sugar receptors in the tongue.

Erythritol differs from table sugar by containing much fewer calories.

Benefits of Erythritol for Obesity and Diabetes

Erythritol, if used instead of table sugar, gives 70% of the table sugar’s sweetness. While it contains the least quarter of the amount of calories found in table sugar. Therefore, using it as a table sugar substitute for diabetic patients or as part of weight loss diets may be effective in reducing the overall amount of calories consumed from sugar.

Side Effects of Erythritol

There are no significant side effects of using erythritol in food, apart from the possibility of causing stomach discomfort especially at the beginning of use. The mentioned gastric side effects may subside later as the stomach adjusts to erythritol.

There is insufficient information regarding this matter. Overall, it is generally recommended that pregnant and breastfeeding women avoid consuming erythritol during these two periods.

There is insufficient information about a direct interaction between erythritol and any other drug, but there are some warnings.

Replacing table sugar with erythritol may reduce blood sugar levels hence calories in erythritol are four times less than that in table sugar. Therefore it is advisable to regularly monitor blood sugar readings if erythritol is consumed with anti-diabetic medications as dose adjustment may be required. 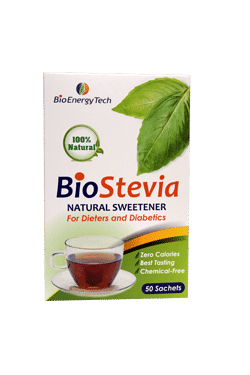