Magnesium is one of the most abundant essential minerals in the body, stored primarily in the bones while a very small amount circulates in the bloodstream. It plays a pivotal role in more than 300 metabolic reactions affecting a number of very important bodily processes, including:

Magnesium is found in some foods and consuming these foods is the best way to acquire an adequate amount of magnesium. However, sometimes a sufficient amount of magnesium can’t be obtained by diet alone due to the nature of an individual’s lifestyle and therefore this deficiency needs to be corrected by magnesium supplementation. Some of the best food sources of magnesium are:

Symptoms of magnesium deficiency are divided into two parts:

As previously mentioned, the serum levels of magnesium are largely controlled by the kidneys, but there are pathological conditions that cause either malabsorption of magnesium or an increase in its elimination, such as:

Magnesium is a gut stimulant (laxative) and is widely used for constipation relief.

Magnesium is one of the fastest acting antacids and heartburn relief medications. It also contributes to reducing indigestion.

Additionally, magnesium is used as one of the treatments in cases of preeclampsia, as well as  in cases of spasticity during pregnancy.

Studies have shown that taking magnesium supplements may reduce systolic and diastolic blood pressure readings in both people with hypertension as well as pregnant women.

Some studies have shown that taking magnesium supplements may reduce symptoms of depression in those suffering from it. It has also been linked to improved mood in individuals with anxiety disorders and depression.

Magnesium plays an important role in insulin production in addition to other reactions in the body. Studies have shown that magnesium is associated with insulin resistance, which is the main problem in type 2 diabetes where cells do not respond to the existing insulin produced by the pancreas. It was found that people with diabetes also have magnesium deficiency.

Side Effects of Magnesium

Magnesium intake is generally considered safe and beneficial. However, adherence to specified doses is critical to avoid unwanted side effects resulting from overdose.

Magnesium is considered very safe and beneficial for lactating and pregnant women. It is worth noting that the dose determined by the doctor must not be exceeded.

It is safe for all children to take magnesium in different doses according to their age since magnesium is involved in aiding bone building and formation.

Magnesium intake with some antibiotics can affect their action, absorption and efficacy. It may also affect neuromuscular connections resulting in muscle alignments. These antibiotics include:

Magnesium intake with quinolones might decrease their effectiveness. Quinolones are common antibiotics used in cases urinary tract  infections and pyelonephritis, which include:

Diuretics such as LasixR increase the concentration of magnesium in the blood which leads to its accumulation and the emergence of side effects. Other important diuretics with such action, include:

Magnesium reduces the effect of bisphosphonates.

Magnesium works as a mono-agent to aid in muscle relaxation, therefore taking muscle relaxants alongside magnesium may increase their action and side effects. 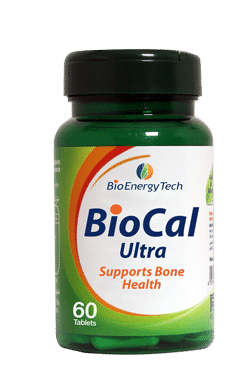